MEXICO MADE IT AGAIN! 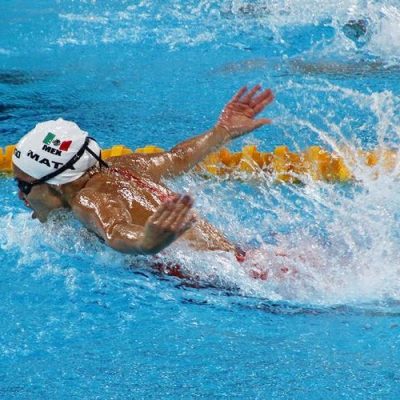 In February swimming is not only about racing fast, but sharing experiences that motivate the younger generations to pursue their goals. This is exactly what the Copa Heller did: reunite the best Mexican and worldwide swimmers to provide a great show to the Mexican swimming community.

This might be something that the tournament has achieved in the past, however, for the first time in many years it was seen how the younger Mexican generations can challenge international and national olympic swimmers.

For the upcoming generation of swimmers, it is amazing to be able to race against your idols. It is a motivation booster that just a few people can actually experience and that was clearly seen in the performance of these young Mexican kids.

Katinka Hosszu, Olympic silver medalist in this event from the 2016 Rio Olympics, could not handle Mata Cocco’s impressive swim of 2:12.81. The Mexican swimmer made it very clear that she is at the level of the best in the world.

With an impressive 1:57.59 the Tokyo 2021 Olympic Champion, Kalisz, was the only one on the field to break the 2-minute barrier. Behind him his Georgia teammate, Litherland was second, and Mexico’s 200 fly specialist and LA Current start, Ruvalcaba, performed an impressive 2:02.32: considering his excellent altitude training with the rest of the Mexican National Team.

Michael Andrew won with a solid time of 25.14, however, the two younger Mexican stars, Montoya and Godinez provided an amazing show to the public and made a statement that the younger Mexican swimmers are improving everyday. Montoya swam a great 27.15 while Carlos touched the wall in a time of 27.62.

Probably one of the most expected races of the whole meet, due to the presence of the second fastest 100-meter breast specialist of all time in Arno Kamminga, Miguel Chávez and Miguel de Lara.

The Dutch swimmers touched the wall first in an impressive time of 2:11.49, while Chávez and Miguel de Lara finished almost at the same time with solid performances of 2:17.37 and 2:17.88, respectively.

Considering the altitude, the time of the season and the times achieved, most swimmers had an outstanding competition. For both, international and Mexican competitors the future looks promising and the 2023 World Swimming Championships in Budapest are expected to be fast.

Let us know in the comments who was your favorite swimmer of the competition!