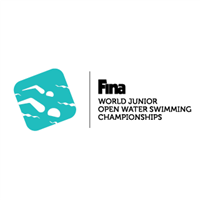 The athletes are determined based on performances rendered at the “Selectivo Unico Aguas Abiertas” , which took place on May 14 and 15 in Acapulco, Mexico.

The first 3 places were granted a direct ticket to compete at these international competitions.

Martha Sandoval Ayala (2:08:29) took second place behind Argentina’s Mayte Alien Puca (2:08:24), however, she was the first one amongst Mexican swimmers which granted her a spot on Mexico’s Open Water National Team who will represent the country in Budapest this summer. Second and third place (for Mexican swimmers) came young talented swimmers, Paulina Alanis (2:08:29) and Monserrat Mora (2:12:22). For Alanis, just 17 years old, this will be her first World Open Water Championships. Alanis and Mora, also qualified for the FINA World Junior Open Water Championships in Beau Vallon, Seychelles.

Tokyo Olympian and long time Open Water veteran, Daniel Delgadillo, came in second place (1:58:44). Arturo Perez Vertti, who swam at the London Olympics in the 1500 freestyle, took third place with a time of 1:58:45.

See below athletes qualified for the Mexican Junior Team, which would represent the Mexican colors at the 2022 FINA World Junior Open Water Championships in Seychelles.

7 out of the 12 swimmers come from AJ Nadadores in Cuernavaca, Morelos. Certainly the strongest club within  this discipline.

What’s the age group requirements for the junior open?