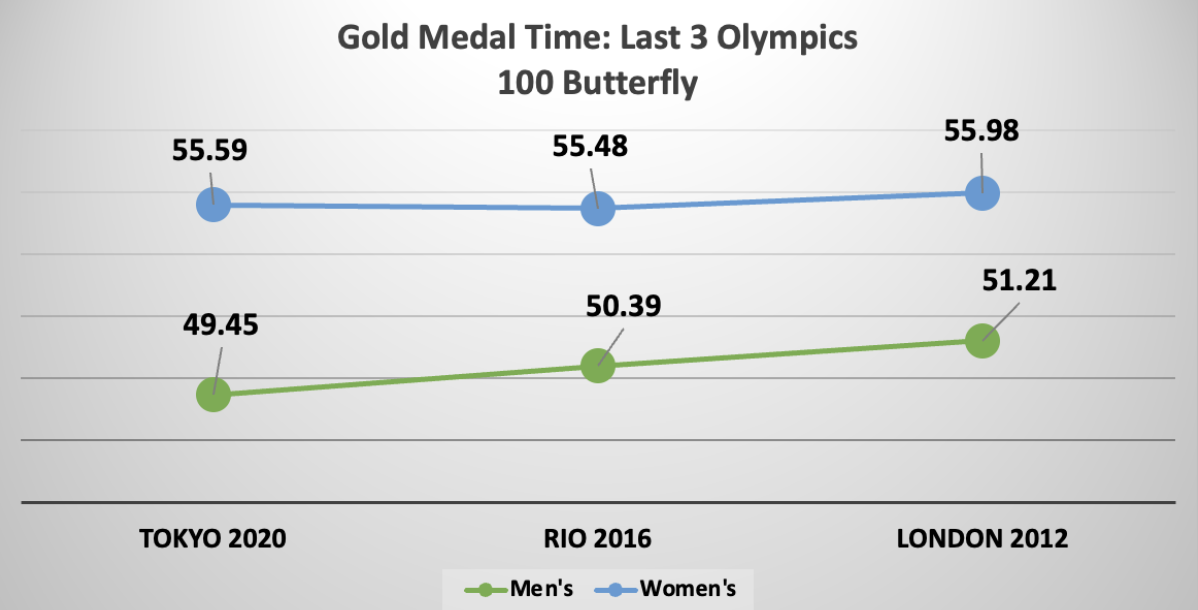 On the women’s side, MacNeil was 0.11 slower than Sjöström. Those 0.11 were the difference between breaking the WR and OR.

The last 3 Olympic Champions have all swum under 56 seconds, Dana Vollmer being the first one of all time.

On the men’s side, at the Tokyo Olympics Dressel broke both his own WR and Joseph Schooling’s OR from 2016. He is the first Olympic Champion that swam the 100 butterfly under 50 seconds.

More than 30 million people watched at a certain moment the Olympics. That is more than 60% of Spain’s population (Source: verTele)

Swimming was the 5th most watched sport with over 14 million spectators representing 31.7% of the Olympics’ audience.

US Men were dominant in swimming: the American men won gold in 47% of the men’s races, with Caeleb Dressel as the main star dominating the men’s: 50 freestyle, 100 freestyle and 100 butterfly (Source: FINA)

.The Australian’s were closer to the US: 89% of the gold medals from Australia in the pool came from the female side. 8 medals were won by the Australian women and just one by the men in the 200 breaststroke (Source: FINA)

Katie Ledecky was defeated for the first time at the Olympics (individual events only). Titmus won the battle in women’s 400 freestyle and in 2022 the Australian took Ledecky’s 400 freestyle WR.