The Story of a Leader

“For most of my childhood, swimming in my family, was nothing more than an activity that gave my mom some time to breathe and take a break from us. My parents worked full time and because we were 4 siblings, me being the oldest, swimming was the perfect excuse where we could have fun,  pass the time besides competing with each other.” (Chavez, 2020)

One of the most emblematic and consistent breaststroke specialists in the history of Mexico; an example that hard work, a winning mentality and a tremendous work ethic can take you to places you would never have imagined: he is Miguel Chavez. 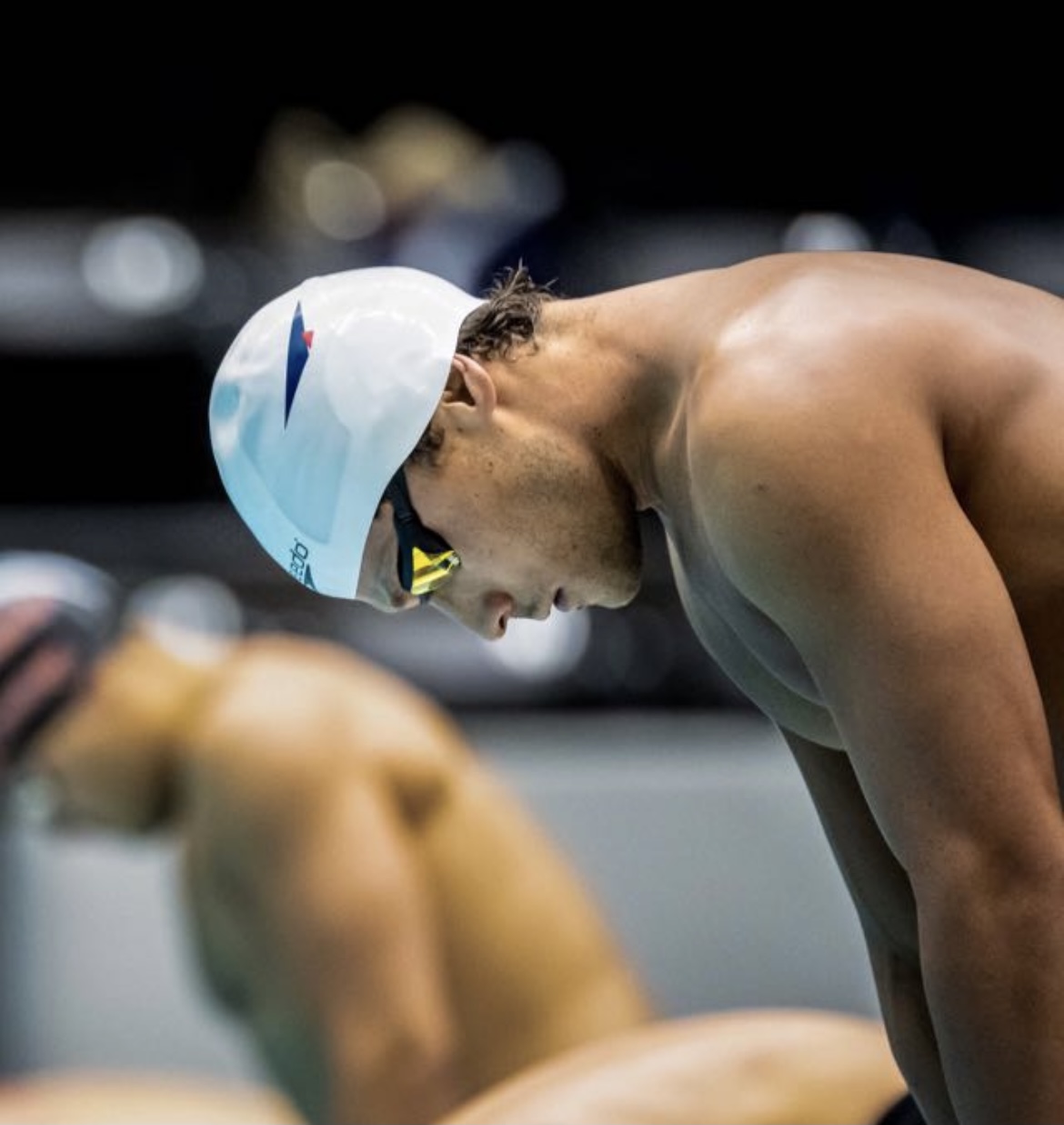 The beginning of something great:

Growing up with 2 brothers and a sister is no easy task, let alone when they are all very competitive. All four loved the fact that they were breaststrokers, as their genetics helped them to perform exceptionally well. Miguel continued to train every day with his great work ethic until one day he met Nicolas Torres, who had just returned to Chihuahua after a successful career in finance, but an emotionally empty one in the United States. “Nico”, as Miguel and many others call him, was making his debut as a swim coach and many would think that lack of experience would be a major factor, however, his vision and desire to succeed made Miguel decide to spend years training with him.

With a lot of effort and discipline in and out of the water, the swimmer from Chihuahua earned the opportunity to study in the United States. As fate would have it, Missouri University of Science of Technology Division II, became the Mexican swimmer’s new home. With incredible discipline and mentality, Miguel pursued a career in mechanical engineering. In his 4 years of study he had access to new resources, new cultures and a greater desire to become someone greater. The Mexican swimmers became one of the top swimmers on his team. Miguel was not only fast in the pool, he was also a supportive leader and his performance in major competitions was always ideal.

That same year Miguel did not give up and decided to attend the Mexican national championships. In them, he qualified for the Pan American Games in Toronto, which was also his first international competition.
“In Toronto I had one of the best races of my life with a personal best of 2:15.19 in the 200m breaststroke.” (Chavez, 2020)

This year was a great season for Miguel, as he broke the conference record for the second consecutive year and finished undefeated in the 100 and 200-yard breaststroke.

He was preparing to attend the Rio 2016 Olympic Games, however, due to academic issues he had trouble attending preparation competitions. Bahamas, the last qualifier, was not the expected result for Miguel.

The following year, in 2017, was his last year in NCAA Division II and regardless that more than 5 years have passed since that time, his school records remain intact. Not only did Miguel do this, but he also owns the top 5 times in his college’s history of the 200 yard breast.

His NCAA career did not end as he would have liked, so he set out to represent Mexico at the Tokyo 2020 Olympic Games. In the selection for the Central American Games, he placed third in the 50, 100 and 200 meter breaststroke with times of 28.4, 1:02.1, 2:14.3. These incredible times were not fast enough to make the national team.

That same year, Miguel graduated as a mechanical engineer and was uncertain whether he really wanted to enter the working world or continue pursuing his dreams in the pool. With a lot of luck and support from Nelson Vargas, the opportunity arose for the young man to swim in San Diego with David Marsh’s Team Elite. “His way of training was very different from anything I had done in the past. Everything was more technical, more specialized.” (Chavez, 2020)

In 2019 under Team Elite coaching, Miguel qualified to the Senior Swimming World Championships held in South Korea with impressive marks of 1:01.9 in the 100m breaststroke (held at the Tijuana 2019 selective) .

The world championship was a learning and growing experience for Miguel, and at the end of 2019 he improved his best mark in the 200 breast with a time of 2:13.71.

2020 looked spectacular and promising for the young man from Chihuahua. He attended the TYR Pro Swim Series during the first part of the year and everything said he would have a very good participation in the qualifying competition for Tokyo 2020, but then the pandemic happened.

“All these years swimming has been a vital part of my life, a commitment and a responsibility that sometimes weighs a lot, now I realize that it is and always has been a privilege. I am very happy to have the joy of continuing to do it, especially now during the pandemic. I’m looking forward to the future and the upcoming competitions.” (Chavez, 2020)