Is Caeleb Dressel the fastest swimmer of all time?

WATCH THE FASTEST 50 FREE EVER

Did you know that the 50 meter freestyle WR has been untouchable for the past 13 years?

Since Cesar Cielo broke the WR in December of 2009, the fastest performer the world has seen is Caeleb Dressel during the 2019 World Swimming Championships.

Cielo became the fastest swimmer that the world has ever seen by defeating his opponents in that same race by more than 0.86.

Second fastest of all time:

Fred Bousquet is the fastest European swimmer that the world has ever seen.

He was the first athlete in history to swim the 50 meter freestyle under 21 seconds, with a time of 20.94.

Until this day, this time remains as the current European Record.

3rd fastest of all time:

The Olympic and World Champion, Caeleb Dressel, is the fastest swimmer in history in the new swimsuit era.

Will he break Cielo’s WR at the 2022 FINA World Swimming Championships? 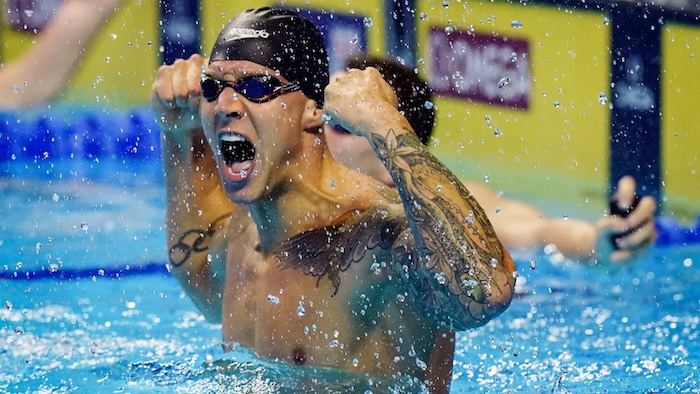