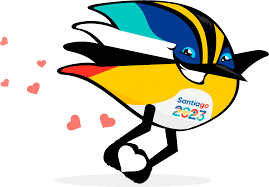 The biggest competition in Latin America will take place in Santiago, Chile from October 20 to November 5 of 2023.

The best swimmers in the world will be reunited here. Stars like Dylan Carter, Bruno Fratus, Nicholas Santos or Jorge Iga will be fighting for a medal.

In order to qualify to swim at the Pan American games the committee has established top times that swimmers need to meet, if their desire is to represent their country in the pool.

That being said, the qualifying times for the upcoming games (2023) are slower than the ones who were required to compete at the 2019 version of the games.

See the following table with the time comparison:

For the younger generations this is huge, since it gives them more opportunity to represent their country. For example Mexican young star Andres Dupont, swam a time of 1:50.65 in the men’s 200 meter freestyle, just 0.33 of the qualifying time.

Let us know in the comments what you think about the change in times.